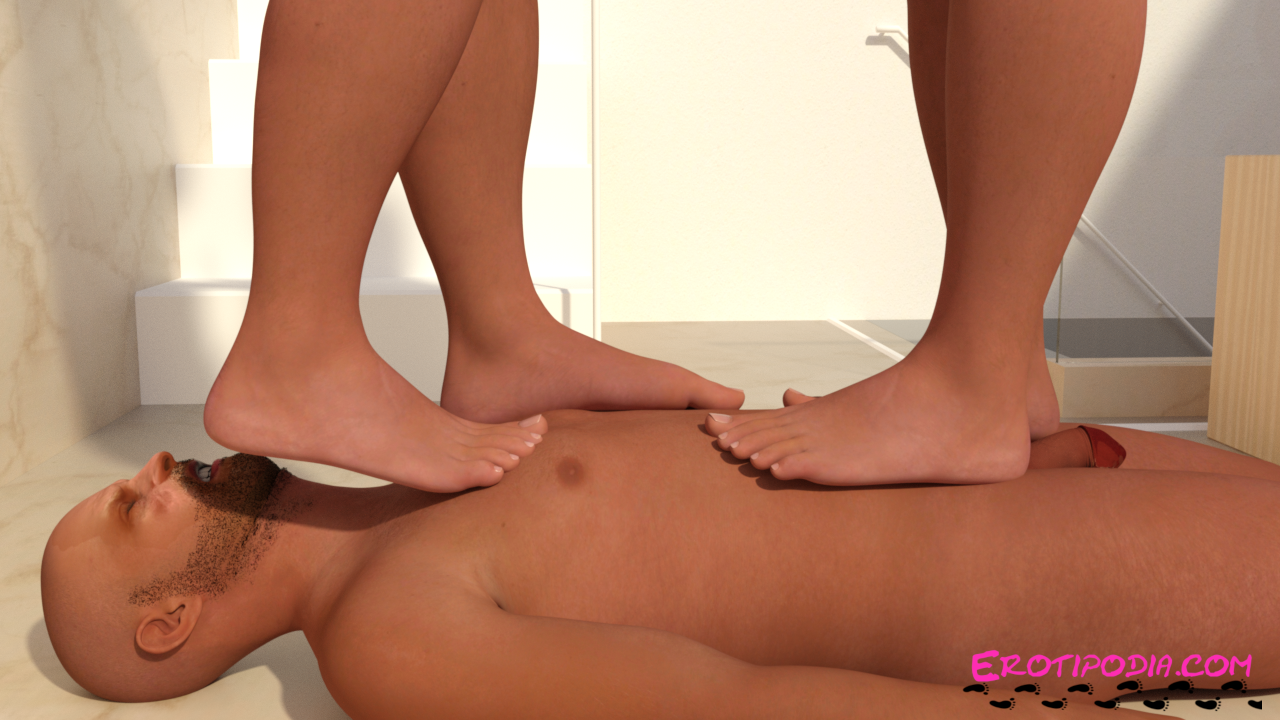 Introducing my new “Bryan” model. This one has been tweaked with better skin tones and more closely resembles the real person

Bryan was up late one evening on a gay foot fetish chat board for his general area when he mentioned that he has a personal foot bitch. He chugged a few more beers before telling all the guys in the room that he’s trampled, stomped, stood on me, even fucked me after he’d trampled me flat. After a few guys tried to call bullshit on him, Bryan told them all they were all invited to his apartment for a barefoot party on his balcony. There, he told them, they could see his foot bitch underfoot for themselves and even use him if they wished.

Short Render – Trampled in her dorm

Trampled by a Family

Fuck it. I’ve opened the site