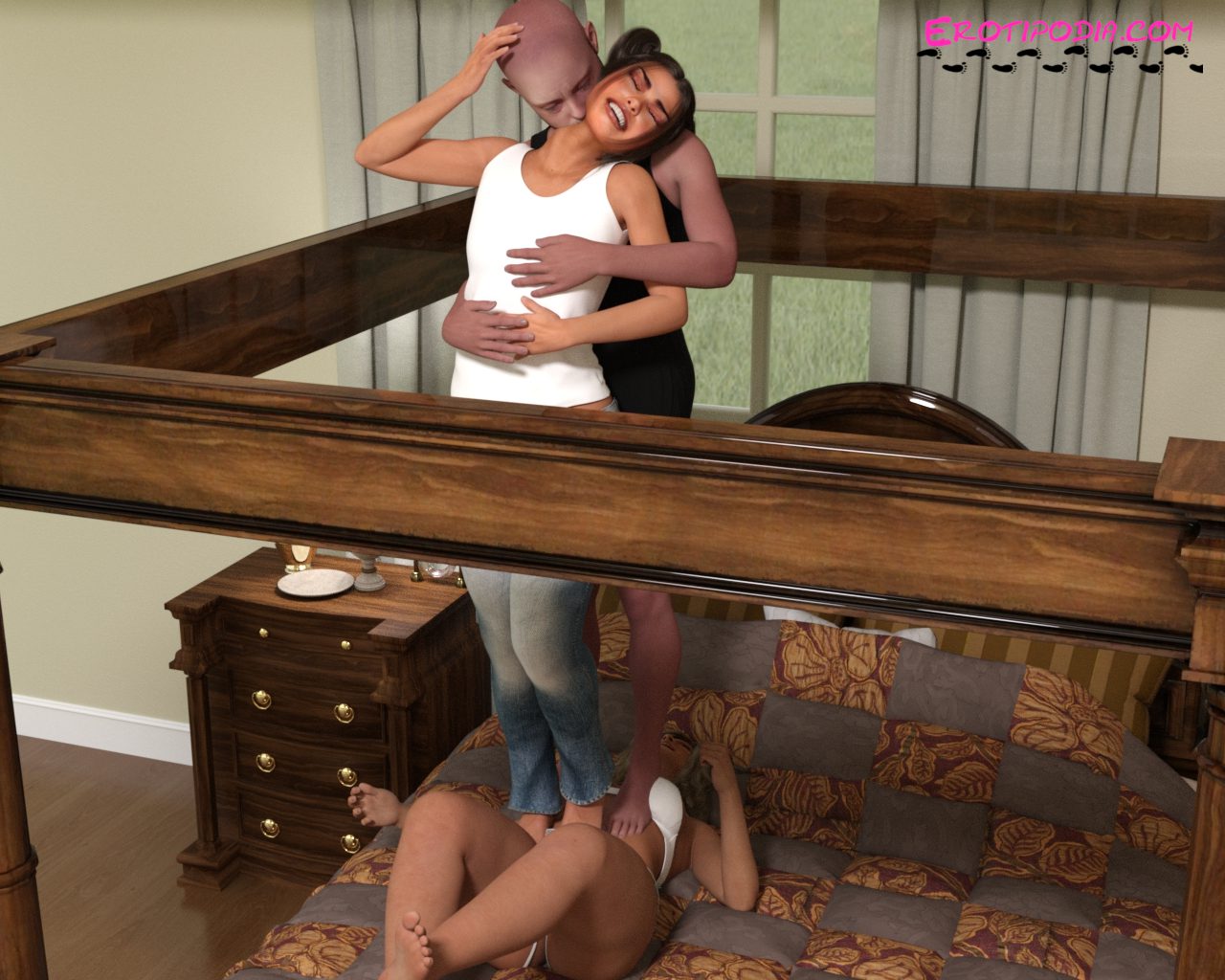 My youngest sister, Jasmine (or just Jaz) has always had a foot fetish too. The difference between she and I is that I act on mine. She denies hers, but I see her watching peoples feet. Growing up I would see her staring intently at bare feet and soles. She’d blush when she’d realize that I was watching her as she watched feet and it was then that I knew.

When Jaz turned 18, my girlfriend and I decided to give her a special gift. I told Jaz that we were going to take her out to her favorite restaurant for anything she wanted, but we had to stop by my apartment on the way. Once we got to my place and Jaz, my girlfriend and I were all inside and in private, I told my sister that I knew of her fetish. At first she denied it, being embarrassed, but knowing how I was about my fetish and knowing I would never judge her for it, she opened up. She even told my girlfriend she’d eyed her feet for sometime now. That was my doorway. I told Jaz that I’d brought her here before going out to eat because my girlfriend and I would like to trample her for her birthday. She almost burst from excitement as she said, “Yes, yes yes yes!”

We took several pictures, all of which have sadly been lost over the years to moves and natural disasters, but these renders are from the images which are still fresh in my mind after all these decades.

PS …. she had a great time at the restaurant 😉

Short Render – Step for a Goddess